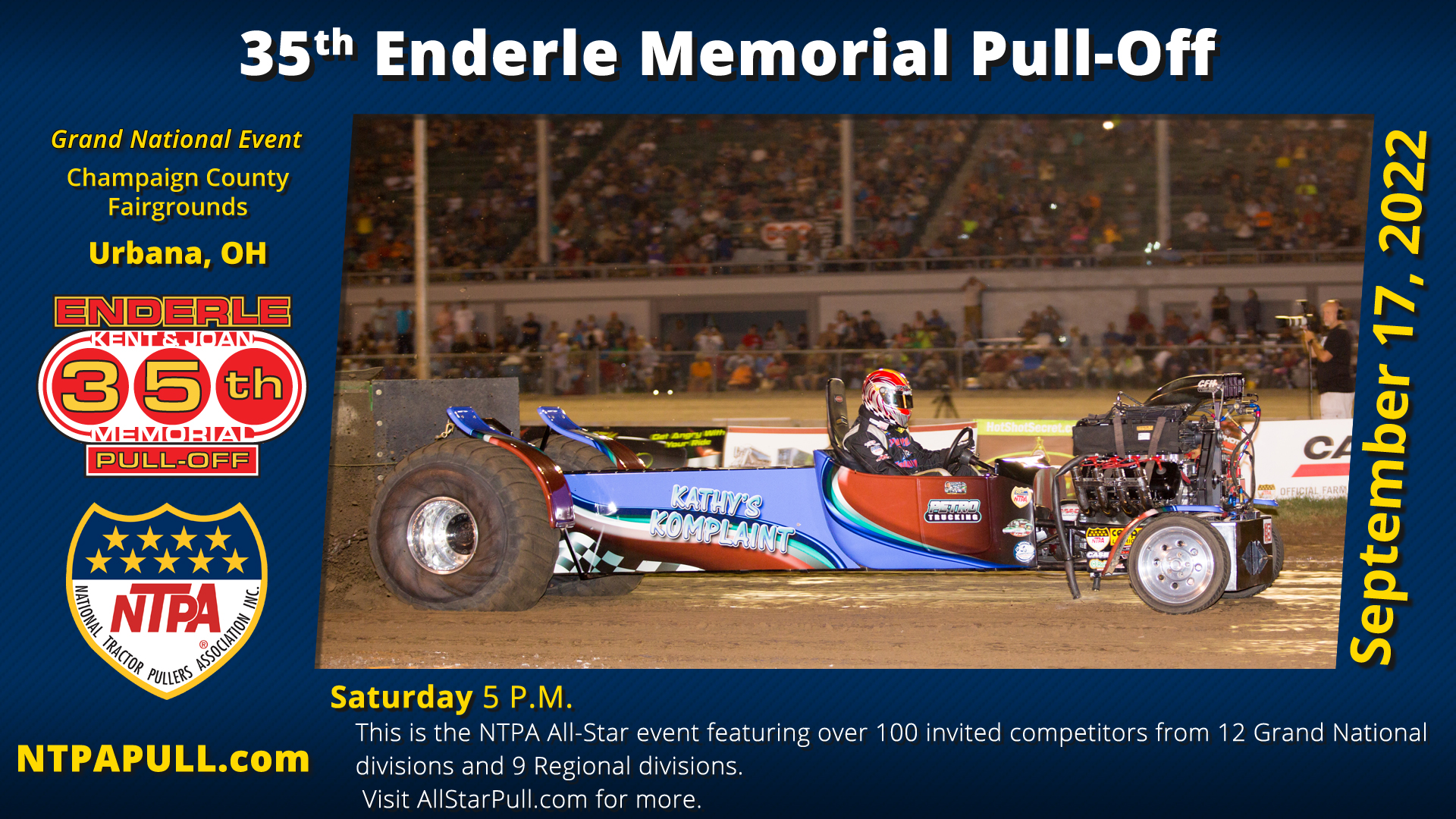 Columbus, Ohio---Over 100 National Tractor Pullers Association competitors will earn invitations to the 2022 Kent & Joan Enderle Memorial Pull-Off. The Association's all-star event is set for Saturday, September 17 at the Champaign County Fairgrounds in Urbana, Ohio. The first green flag drops on the Regional National portion of the program at 5 p.m., with the Grand National pullers to make their appearances beginning at around 7:30 p.m. The entire contest will be live-streamed at NTPA.tv.

The Regional National session will be populated with champions and top point-earners from the NTPA's various regions and subregions across Florida, Illinois, Indiana, Iowa, Michigan, Minnesota, New York, North Carolina, Ohio, South Carolina, and Wisconsin. In actuality, regional qualifying began last fall, as end-of-season events occurring just before or after the Enderle are counted toward the next season's berths. The "RN Road to the Enderle" standings pages, distinct from championship standings, are maintained at NTPAPULL.com.

Included in the roster of "Enderle divisions" this year are the Light Limited Super Stock Tractors, which were added to the national schedule beginning in 2021, and Hot Farm Tractors, which joined those ranks in 2018. The Light Limited Supers will advance one competitor from each of Regions II, III, and VI, while the invited Hot Farms will be top point-earners in eastern and western events within Region II as well as the overall top earner.

For the Grand National session, top-five finishers in the championship point standings will be invited from among the Light Super Stock, Super Stock Diesel, Super Stock Open, Super Farm, and Pro Stock Tractors; Two-Wheel-Drive, Four-Wheel-Drive, Super Stock Diesel 4x4, and Super Semi Trucks; and Mini, multi-engine, and Unlimited Modifieds. Competitors in the GN session will choose their draw position with champions selecting first. The "GN Road to the Enderle" standings pages will keep fans and competitors up to speed throughout the year on who's in and who's out of the top five places in each division. 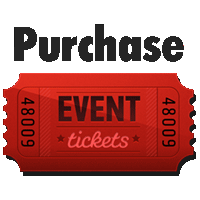 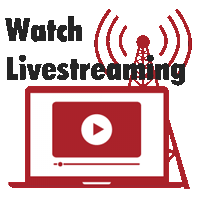